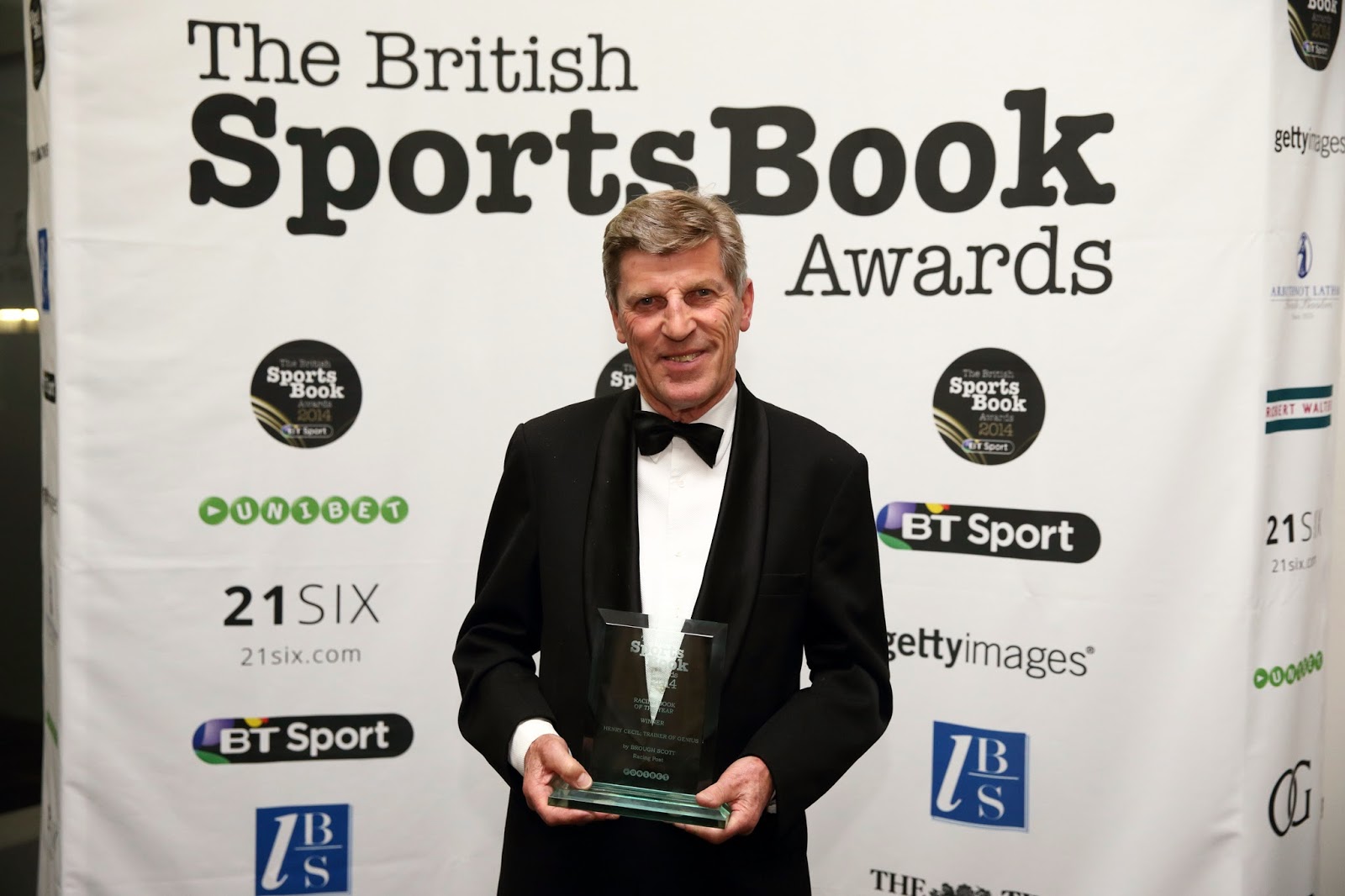 The book is an absolute masterpiece, and critically acclaimed as one of the best racing books ever written.  I sent Brough an email yesterday which said:

“If HRAC is up there feeding hip berries to his fillies he will surely have realised by now that you immortalised him in a way that nothing else ever could.”

If you haven’t read the book, you simply must – the way Brough writes and the homage he pays to Henry’s genius, whilst at the same time not shirking some of the disasters along the way, is pure literary brilliance.

I finished my email to Brough by saying:

“Incidentally, I still have the rose petals in a sherry glass in my office that he gave me the first time I went to WP - although I do not have the courgette he also gave me..!”

I shall always treasure those memories of spending time with Henry, him showing me proudly round his beloved rose garden, and being on the reciprocating end of his wit and kindness. He had such an extraordinary gift with both people and horses, and when you were with him, you always had this sense that you were in the presence of someone special.

He was not a flawless man, but he was a great one.
Posted by Liz Ampairee at 00:29 No comments:

A few weeks ago, one of this year’s winners of the Martin Wills Awards, Laura McKibben, wrote to me and said “I’ve been looking at your blog, and wow, you have the dream job!”
This made me think and it would be true to say that during the last few months, which have been really challenging for me personally, my work has been my solace and my joy and the one thing that has kept me motivated to get out of bed in the mornings.  I am always so busy that I rarely have time to think, so I thank Laura for giving me affirmation that I am extremely fortunate in what I have chosen to do for a living!

I met Laura, and the other winners of the 2014 Martin Wills Awards (http://www.willswritingawards.co.uk/) at the Craven meeting in Newmarket and spent an action packed few days with my wonderful friend, Jilly Cooper, who was kind enough to present the awards this year.  As well as an evening dinner at the Jockey Club rooms (stunning), Jilly and I managed to squeeze in a morning visit to David Simock’s yard to see one of Jilly’s favourite horses in training, the 5 year old colt, Caspar Netscher.  He is a Group 2 winner and the horse who went to stud but came back again due to subfertility – being bought back by the same owner he had before for what was probably an inflated price! (a typical Jilly heart-warming story!).

It was also great to catch up with Mike Marshall, who was Assistant Trainer to the late Sir Henry Cecil, and who was always so welcoming to me whenever I was at Warren Place during those heady days when Frankel graced our racecourses.  Mike is now working for Martyn Meade and I’m sure he will be a huge success there.  Along with new Irish trainer, Paul Duggan (formerly Alan King’s head lad and now starting out on his own – first winner yesterday!), Mike is one of the people I admire most in racing and who I would send a horse to, had I the spare millions….

Jilly and I once again stayed at the Bedford Lodge Hotel, which has become like a second home to me, and had a fascinating, highly illuminating and hilarious few days.  I have known Jilly for a good number of years now and as well as being brilliantly successful in what she has achieved in life, has been such a wonderful and supportive friend to me and a real kindred spirit.

I also took Jilly to meet the ‘horse whisperer’, Gary Witheford, as Racing Post are publishing a book on him in the autumn (https://www.facebook.com/notes/liz-ampairee/racing-post-books-to-publish-gary-witheford-life-story/10152316065109694) 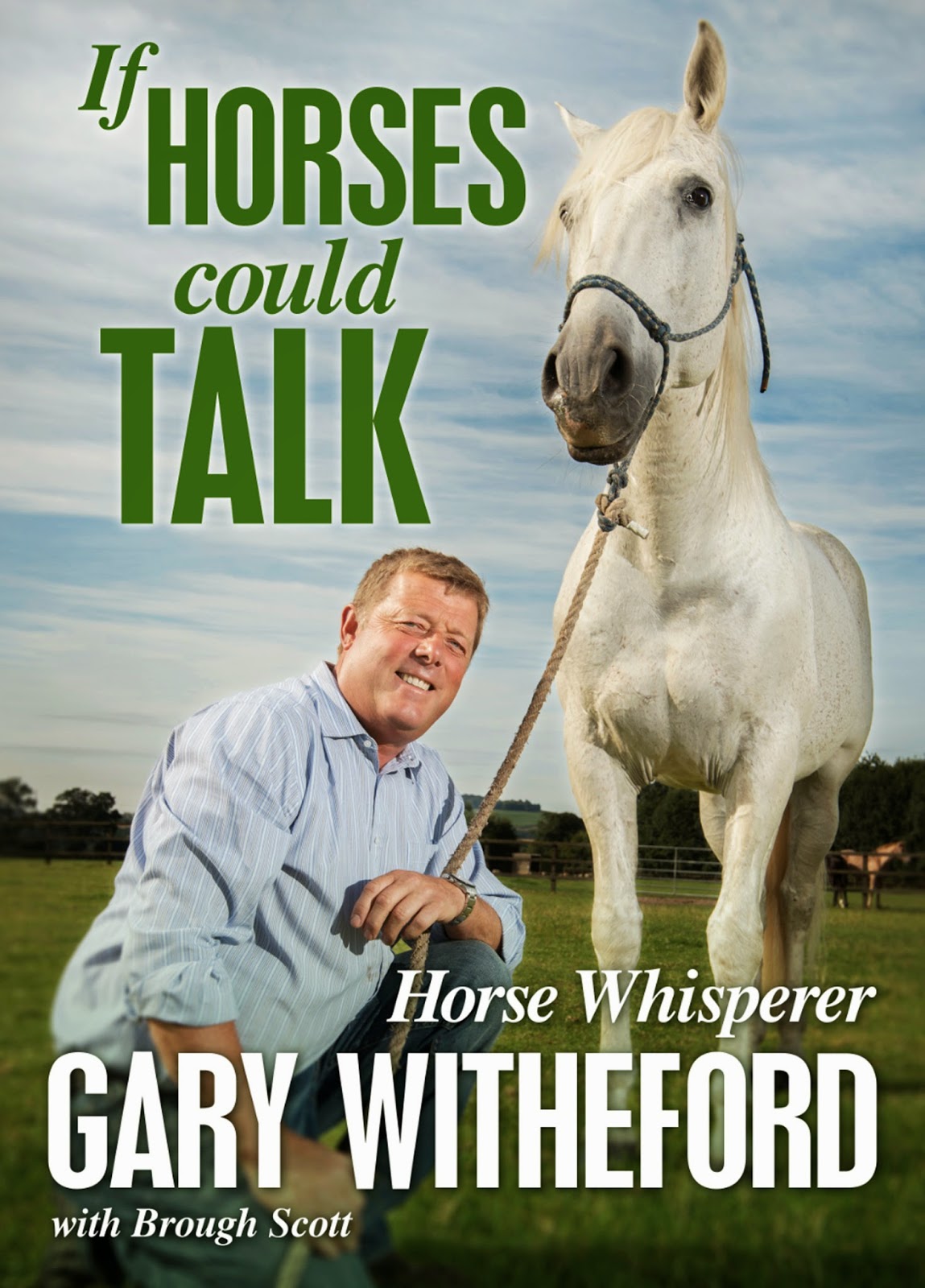 This book is one of our most exciting for the autumn made more so as the sublimely gifted Brough Scott is writing it.  Gary’s road has been a rocky one – from an abusive childhood to a troubled youth – but finding salvation and ultimately redemption in this amazing gift he has with horses.  I have been spending some time with Gary and his lovely wife Suzanne at their yard near Marlborough, and cannot emphasise just how strongly I am in awe of what he does, and the way he does it.  Anyone who owns a horse, or has even the remotest interest in horses, should read this book.

My work with the Injured Jockeys Fund continues apace in this, their 50th anniversary year, and I was thrilled with the final results of the DVD that we have made to showcase their work – see link on the homepage http://www.injuredjockeys.co.uk/. This DVD has been a long time in the making and we are extremely grateful to our friends at IMG (who produce Channel 4 Racing) for working with us so patiently on this.

C4 Racing continue to be so very supportive and a piece they did from York races last week has already had a dramatic effect in terms of money donated to help find the £3.1 million needed to build Jack Berry House, the IJF’s second rehabilitation and respite centre set to open in Malton at the end of this year.


I have been working with Nigel Bunter and his team at Barbury Castle on their International Horse Trials, 3-6th July, (http://www.barburyhorsetrials.co.uk/) for which the IJF are the benefitting charity.  On Saturday 5th at approx. 4.30pm in the main ring we will host a Celebrity Challenge at which the top jockeys (including AP McCoy and John Francome) will take on the top eventers (names to be announced next week), the top show jumpers and a special hunt team.  They will ride against each other over a set of obstacles (including some water) in a hunt scurry style class and it is set to be highly competitive and loads of fun!  On the Sunday, we will then host a dressage display featuring Laura Collett riding Kauto Star, and injured jockey, IJF beneficiary and para-dressage rider, ED Chanin.  Anyone wanting tickets for the Horse Trials or a VIP lunch on both days do ring 01672 516125 and quote code IJF14 for special prices.

I can’t wait to see Kauto back in action (apparently last year he was a bit on the lively side!) and this is especially thrilling for me as I have two of my own ex-racers at home, one of them being Kings Troop, having himself come from Barbury’s resident trainer, Alan King, and before that, from Sir Henry in Newmarket.  Everything in my life always seems to be connected in some way!

My two continue to surprise me, although for anyone with, or thinking about, taking on an ex racehorse, especially one with miles on the clock (Kings Troop ran 42 times over five consecutive seasons on both the flat and over jumps), patience is the one thing that is needed over everything else.  Just as soon as they start to come right, you then have to back off them again and give them time.  The satisfaction I get from mine though far outweighs the frustration that is part of the deal, and I have spent quite a few of my recent spring evenings sitting with them in their field watching them graze in this beautiful place we live and contemplating life...  Happiness for me outside such a busy work life is in these very simple things…!

Liz Ampairee
Liz Ampairee has worked for some of the world's biggest brands. In 2006 she decided it was time to combine her work with her passion, and set up on her own to focus on horse racing and sport. Since then, she has worked on a diversity of business and charity projects and initiatives, turning exciting ideas into money generating realities and managing the process throughout. She adopts an in-house approach with her clients building strong and fun working relationships that last.